Hot on celebrating its third birthday Hive5 is expanding with the launch of a new coworking space just a stone’s throw away from its first centre. A new service for freelancers, start-ups and MMEs, and a totally new partnership with the IPM media group. Read on to find out more.

For Gaël Van Gijsegem, Hive5’s business manager,  this new opening is a logical step in the growth of a project that he has been steering for the past three years. “Three years is the age of maturity and the first set of annual accounts. It’s also the moment for asking yourself the difficult question: stop here or plough on?  For us, the answer’s obvious, we’ll carry on. We have even had to turn down a lot of people during these past years, and that proves that the market is there, definitely in this area of Brussels. But it also means that we are changing up a gear in our desire to consolidate our position and show the major players who are setting up in Brussels that the local teams cannot be overlooked.”

Expansion in Brussels is fine, but not without Flanders and Wallonia

While discussing Hive5’s future with the management of Securex (Hive5 is one of its spin-offs), Gaël Van Gijsegem had argued the need for Hive5 to grow. But he was blown away by their reaction to his ideas. “In my opinion, it was logical to expand in Brussels and to keep this growth close to our first location, because we knew we had a market there. But when I set out my plans to management, they told me they were happy to encourage this development in Brussels as long as there would also be plans for rolling the scheme out at national level. In practical terms, this would mean opening four new centres over the next four years, in both Flanders and Wallonia. Hive5 is destined to become a truly national brand and, hopefully, a recognised player in the coworking sector as competitor to the giant players such as Silversquare and above all WeWork.”

The new coworking space, which will be opening its doors next Autumn, is also the outcome of collaboration between Securex, Hive5 and the IPM media group. “We are setting up inside the same building as IPM and they approached us to become partners in this new initiative. This is a brilliant deal for our future coworkers: they’ll have easier access to the media, which is important for start-ups who want to get people talking about them. They will also have access to publishing and marketing deals at discounted rates. This is a Win-Win strategy for everyone: Hive5, IPM and our members.”  This new opening will also give Hive5 the opportunity to put in place the tools needed for its growth.

Gaël Van Gijsegem would like all users of the spaces operating under the Hive5 logo to have the same ‘Hive5 experience’ but it should not be identical. “We are trying to keep a certain consistency in the interior design. Here we are working with SpaceFeeling, which happens to be one of our very first clients. The idea is that every space should look different but some of its particular features should be common to all our other spaces. We will try this out first with the new coworking space in rue des Francs. It will have the same atmosphere but the setting is urban garden. You’ll see that it will look very different, but at the same time it will feel very familiar! We are also working with WowLab , another of our coworkers, to develop a definitive ‘onboarding experience’ for our future coworkers.

While waiting to conquer the other two regions of Belgium, Hive5 is consolidating its base in Brussels with a great deal of enthusiasm. 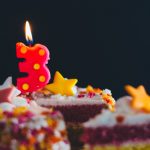 Hive5’s third birthday: from a crazy idea to a success storyBlog posts

How does coworking makes you more productive ?Blog posts
By continuing to browse on this website, you accept the use of cookies in order to present content and services tailored to your interests.Ok