What makes up a woman entrepreneur?

Today’s society is more and more open to women being entrepreneurs, but would you really recognise any of these new women entrepreneurs? Let’s set aside all the clichés and take a closer look at what they are really like.
Although women entrepreneurs nowadays are much more in the public eye and talked about in the media than before, they still retain an aura of mystery for many people.

The biggest emerging market in the world

During the sixth Dell Women’s Entrepreneur Network (DWEN) conference, the founder of the Global Entrepreneur Council claimed that women form the biggest emerging market in the world!
In Belgium in 2016 only 33% of the self-employed were women, rising slightly to 34.5% in 2017. So here there is real room for improvement. In fact, this subject is becoming a top priority. Gender equality and the empowerment of women are included in the 17 UN Sustainable Development Goals for 2030.

Setting aside the usual clichés

Women who want to launch themselves into business have a hard time of it because of the well-worn clichés such as: Women entrepreneurs can’t have a proper home life or they shouldn’t have children and Women are naturally weaker than men and soon. In 2014, Quora (the online platform for sharing knowledge for a better understanding of the world) raised a question about the ways in which women were discriminated against. Over 100 replies were posted up, all denouncing these clichés and forms of discrimination.

The third C observation is also backed up by a recent article published in the Harvard Business Review. Its authors asked a business incubator to compare some companies setup by men against some set up by women. They concluded that, on average, female-led businesses were perceived to be less viable than those led by men. However, the study did point out that women who emphasise the social side of their business are more likely to obtain the funding they are applying for.

A new generation of women entrepreneurs

Despite these obstacles, increasing numbers of women are launching their careers as entrepreneurs. A PwC research study with the title “The female millenial: a new era of talent” reveals that women from the millennial generation are more likely that those from the preceding generation to launch their careers as entrepreneurs. The new generation appears to have higher levels of confidence and ambition.
These young women entrepreneurs are not going to allow their career paths to be blocked by worn-out clichés, and they are blazing a trail for all young women who will follow in their footsteps.

Even with these obstacles, women entrepreneurs are still making their presence increasingly felt. They constitute a real asset for our society and deserve all the support we can give them. Hive5 therefore takes great pride in counting many women entrepreneurs as members of its community.

This error message is only visible to WordPress admins

Error: API requests are being delayed for this account. New posts will not be retrieved.

Make sure this account has posts available on instagram.com. 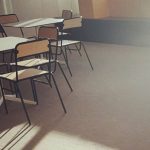 5 excellent reasons, confirmed by several studies, for you to start coworking!Blog posts 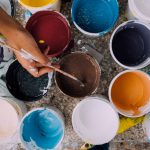 10 essential apps no entrepreneur can do withoutBlog posts
By continuing to browse on this website, you accept the use of cookies in order to present content and services tailored to your interests.Ok